Eduard de Guardiola is the founder and CEO of Vista Realty Partners and Guardiola Family Office. Currently residing in Atlanta, Georgia, he has overcome various obstacles in life while growing up.

Born in 1960, Eduard J. de Guardiol was originally from Havana, Cuba. However, when the Castro family rose to power, Eduard’s family fled from Cuba and arrived in Miami, Florida. With a family of eight at the time, Eduard had to quickly learn to adjust to the new environment. Not only that, he had to learn to support his family at a young age. In order to do so, he started looking for work when he was still in elementary school. He and his brothers looked for work wherever possible and did not mind getting their hands dirty. As a young child, Eduard de Guardiola delivered papers, worked at a grocery store, and carried groceries for people.

Early in his life, Eduard learned a valuable lesson: nothing in life comes easy. He learned that in order to be successful, one had to be willing to put in the effort. In addition, one had to work smart, not just hard. Another life lesson he learned was the importance of education. Just just in terms of going to school, but further education. Education in the form of continuously updating yourself, reading about news, and learning about latest industry trends. A person’s ability to always learn on the go, is what will set him apart from others.

In addition to starting his work early, Eduard de Guardiola also looks up to his father a lot. He believes that his father’s achievement of immigrating from Cuba to America, adjusting to a new country, while still being able to provide for his family, is an astounding accomplishment. Something that Eduard still looks up to. To this day, Eduard continues to show tremendous respect for his father and his wisdom.

By the time Eduard finished post-secondary education and received his Juris Doctor degree, he decided he did not want to pursue law. Instead, he discovered his new found passion in real estate. Initially, Eduard’s introduction to real estate was just a handful of commercial real estate ventures. These ventures primarily took place through Florida as well as Georgia. When he encountered his first obstacle, his business entered the slower real estate market. To Eduard, this was an opportunity to learn. He researched all of the real estate options that were readily available to him. In addition, this very research was how he discovered multifamily unit aspects of the real estate industry. With this grand discovery, he ventured deep into multifamily real estate investment.

In the early 1990s, CEO Eduard de Guardiola partnered with a father and son team. Together, they established the Focus Group. While working together tirelessly, they built an impressive portfolio of multifamily units that pioneered a chain event of successful sales of more than 3,000 units in late 1990s. With this monumental success that they achieved, it opened the way for Eduard to seek his own business ventures.

In August 2000, Eduard J. de Guardiola established Vista Realty Partners, where Eduard is still serving as CEO and chairman today. Ever since then, he has closed one deal after another with an ever increasing amount of satisfied customers. In fact, his continued success with Vista Realty Partners eventually led to the genesis of the Guardiola Family Office. Guardiola Family Office has been his vision and dream for a very long time. It was more than satisfying to see his dream finally come to fruition.

Aside from his business ventures, Eduard J. de Guardiola enjoys spending time with his wife and children. They have a passion for going on traveling and skiing trips. In addition, the de Guardiola family enjoys deep sea fishing as well as golfing. While Eduard pioneered his business, Guardiola Family Office, his wife had a major role to play as well. Both he and his wife actively participate in charity work. As a matter of fact, they are very active with their church and are fierce philanthropists. To Ed,

“Every Charitable Act Is A Stepping Stone Toward Heaven” 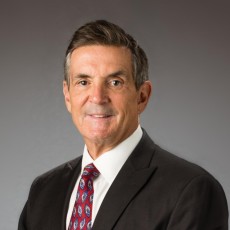 Currently located in Atlanta, Georgia, Eduard de Guardiola is the founder and owner of Vista Realty Partners. He acquires, improves, and manages fifteen thousand apartments as well as condominium units. Through the de Guardiola Family Office, he is able to act as a pillar of leadership and inspiration.